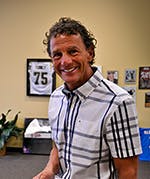 Jamie is the owner of Jamie's Physical Therapy & Sports Medicine. Jamie has practiced physical therapy in Beaver County since receiving his Master's of Physical Therapy degree from Chatham College in 1996. The past ten years he has enjoyed practicing in Hopewell Township at two different facilities. Jamie has extensive experience in Orthopedic Rehabilitation and the treatment of sport injuries. He has enjoyed treating many athletes ranging from adolescents to Division I and Olympic athletes. He believes that all patients deserve hands-on therapy and comprehensive individual treatment plans. Unlike many physical therapy clinics, most treatment times for our patients exceed 90 minutes. This allows the patients the greatest opportunity to benefit from treatment and provides patients more bang for the buck when co-payments exist. Jamie choose to open this clinic in Hopewell because of his friendships and experiences shared with his former patients of this community. Jamie resides with his wife Susan and their two children - Nicole age 18, who is currently a senior at Moon Area High School, she will be attending Arizona State University in the fall and Logan age 15 is a freshman at Moon Area High School, he plays football, baseball and basketball. Jamie enjoys watching his children participate in their many recreational activities. 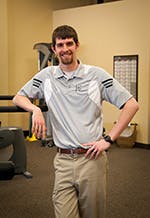 Tony graduated with his Doctorate in Physical Therapy from Duquesne University in 2011. He started working at Jamie's Physical Therapy & Sports Medicine Hopewell location in September, 2011 and is now the director of the Center location. Tony is originally from Lima, Ohio and now lives in Mt. Lebanon with his wife Kathleen and children Christine, Keira, and Jacob. He swam for four years at Duquesne and enjoys watching or playing almost any sport. 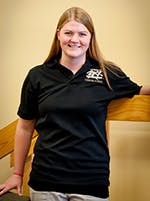 Chrissy attended Slippery Rock University where she earned her Bachelor Of Science in Exercise Science in 2011 and her Doctorate of Physical Therapy degree in 2013. Chrissy has had the fortunate opportunity to work in multiple settings since beginning her career and joined the Jamie's Physical Therapy team in March of 2014. She is now the director of our New Brighton clinic inside the Beaver County YMCA where she utilizes a hands on and individualized approach to treatment. Chrissy's favorite pass times are hiking and gardening with her husband David. 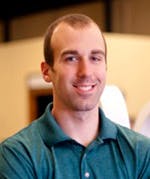 Bobby graduated from Duquesne University in 2011 with his Doctorate of Physical Therapy. Bobby is also trained in strain counterstrain treatment for the spine. He worked as an acute care therapist in Pittsburgh for 3 years before joining Jamie's Physical Therapy in June, 2015. Bobby is from West Mifflin, PA and in his spare time he enjoys live music, gardening, and is an avid Pittsburgh Penguins Fan! 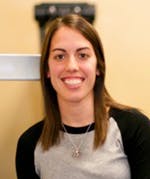 Kayla received her Bachelor of Science degree from Bethany College, WV in 2013 where she played basketball for 4 years. She graduated from Slippery Rock University in May, 2016. She worked part-time as a rehab aide at Jamie’s PT for several years before starting full-time as a therapist in July, 2016. She enjoys spending her free time with family and friends as well as playing basketball, going to the gym and traveling. 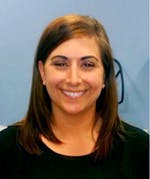 Kelly graduated from Slippery Rock University in May, 2014 with her Doctorate of Physical Therapy. She started working at Jamie's Physical Therapy & Sports Medicine in June, 2014 at the Hopewell location. Kelly is originally from Hopewell and enjoys spending time with her family and friends in her spare time. 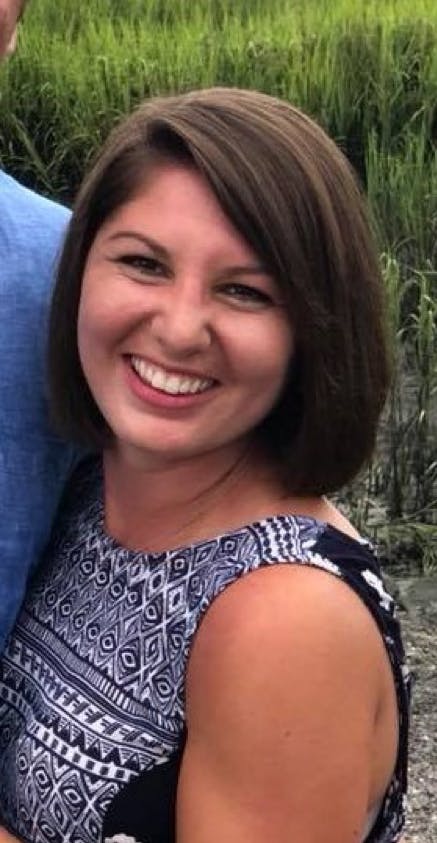 Nicole received her Bachelor of Science in Biology and Bachelor of Science in Health Sciences degrees in 2015 from Duquesne University. Nicole then graduated from Duquesne University’s Doctoral Physical Therapy program in 2017. Nicole began working at Jamie’s PT in 2013 as a part-time physical therapy aide before transitioning into her current role as a physical therapist in 2017. Nicole also works as an inpatient-rehab therapist at Encompass Health Sewickley. In her free time, Nicole enjoys spending time with her family, running, and traveling. 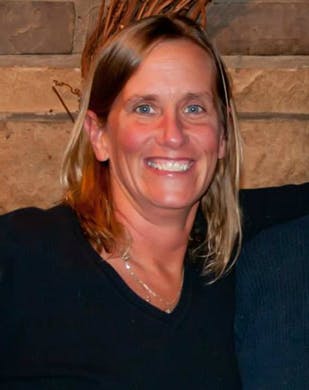 Missy is a graduate of New Brighton High school and obtained a Bachelor of Science Degree in Occupational Health and Safety from Slippery Rock University where she worked as an Environmental Scientist until the birth of her first child. She then worked as a medical transcriptionist while she raised her three beautiful daughters, Kate, Erin and Rachel. Once her children were almost grown, Missy made the decision to pursue her passion and returned to school to be a Physical Therapist Assistant. Upon graduation in May 2012 from Butler County Community College with an Associate’s Degree in Applied Science, Missy joined the Jamie's Physical Therapy Team. She currently works at the Beaver County YMA clinic and is the head of the aquatics program in the YMCA therapeutic pool. In her spare time Missy enjoys triathlons, trail running and spending time with her girls. 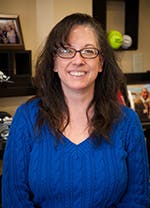 Darlene graduated from Kent State University in 1991. She started working for Jameson Health System in July 1991. She was at this location for 17 years. She started at Jamie's Physical Therapy & Sports Medicine in June 2011. Darlene lives in Hopewell with her husband, Dale, and two children, Hannah and Seth. 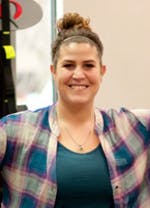 Alysia is a Beaver Falls High School graduate and Penn State University alum, where she earned her Bachelor of Science in Kinesiology. Alysia then attended CCAC-Boyce Campus where she obtained her Associates of Science as a Physical Therapist Assistant. Alysia started at Jamie's in September, 2016. Outside of her career, Alysia's focus is on her family. Alysia and her husband Matt have two beautiful daughters, Makenna and Nyla. 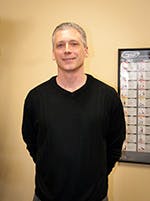 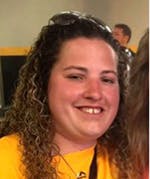 Liz graduated from Duquesne University in 2011 with a degree in Athletic Training. She continued her education and graduated from Duquesne University in May, 2012 with a Master's in Health Management Systems. Liz played lacrosse for 5 years while at Duquesne. She started working at Jamie's Physical Therapy & Sports Medicine in 2014 and has is the assistant athletic trainer at Central Valley High School. Liz is also certified with the Sportsmetrics Jump Program, which is a program that helps reduce knee injuries. In her free time she enjoys spending time with her friends and family. 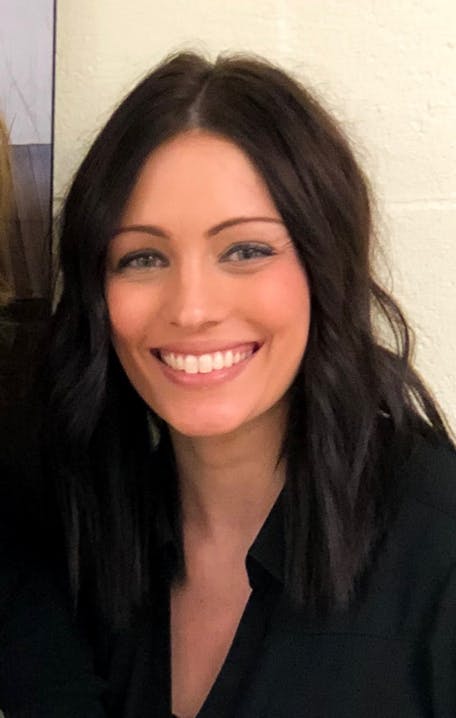 Kayla joined the Jamie’s Physical therapy family in 2012. She has a Medical Billing and Coding background and Marketing Management degree. She is the Operations Manager at Jamie’s Physical Therapy and truly loves her job and her Jamie’s PT family and patients. Kayla and her husband Tim have 2 beautiful children and in her spare time, she loves spending time with family & friends. 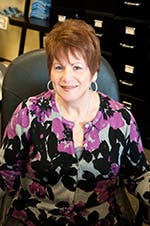 Phyllis has lived her entire life in Beaver County. She graduated from Aliquippa High School in 1965. She is married to Tom Cercone for 52 years. They have one son, Tom. He and his wife Sandy live in Henderson, Nevada where he is an air traffic controller at McCarran International Airport in Las Vegas, Nevada.

Phyllis loves the atmosphere that Jamie and his staff have created here. Everyone that comes in is treated like "family and friends". Everyone who walks through the door is treated with respect and dignity. 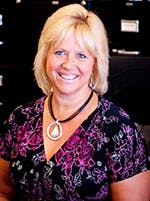 Suzanne moved to Beaver County 8 years ago with her family after 46 years as a VA resident. After 18 years in Program Control for Defense Contractors and 8 years as a middle school secretary in Loudoun County VA, she feels like she has found her dream job working at Jamie's Physical Therapy & Sports Medicine! She is a 1986 graduate of James Madison University. She has 2 grown children. Zack graduated from Slippery Rock University and Kellie graduated from Pitt. Suzanne has been married to her husband, Rob, for 28 years. She is a Center Township resident. She enjoys reading, walking, traveling, and treasures time with family and friends. She is a loyal Redskin and Steeler fan and loves the Pirates and Penguins! 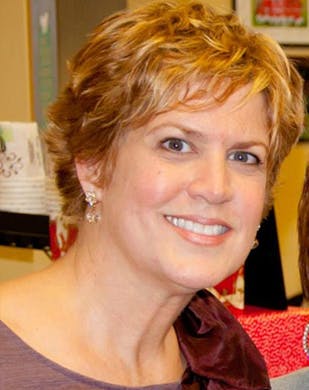 Mary Beth joined Jamie's Physical Therapy in October of 2014. She was a former patient of Jamie's, who joined the team after working as an accountant for Crucible Research. Mary Beth is a volunteer at Operation Safety Net, which helps feed the homeless throughout Pittsburgh. She lives with her husband Bob and their dog Gracie, in Findlay Township and enjoys cooking, home decorating, and spending time with family and friends. 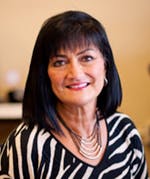 Elaine joined the Jamie's work family as a front desk receptionist in 2015. She exhibits the professionalism, kindness, expertise and special bond every one of Jamie's employees portray to all the patients. It is a wonderful place to work. She is a retired flight attendant of USAirways, wife of Chuck Reszetylo, mother of 3 daughters (Kelly, Jill and Traci), Nana of 8 grandchildren and a life-long resident of Hopewell Township. Elaine's passions and interests include spending time with family and friends, traveling, crafts and floral designs. She is honored to be a part of the Jamie's Physical Therapy Group. 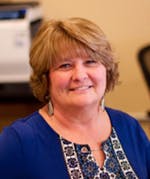 Linda grew up in Gibsonia, PA where she attended Deer Lakes High School. She went to Duff’s Business Institute in Pittsburgh, PA and received an Associate's degree for legal secretary. She worked at Westinghouse Credit Corp. for 16 years as an executive secretary. Linda raised two beautiful daughters, Kasey and Ashley. She currently works part-time at Jamie’s PT and part-time a Budget Blinds of Butler. She lives in Mars, PA with her husband Jayson, two daughters. She enjoys gardening, vacationing at any beach, and taking cruises. 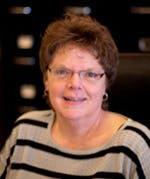 Lisa became a part of "Jamie's Family" in September 2016. Lisa loves working at Jamie's from where she hopes to retire. The staff and patients are your friends and family and Lisa loves this atmosphere. Lisa lives in Crescent with her best friend/husband, Jay, and their 2 dogs, Jimmy & Jerry. She enjoys spending time with her son, Joe. Lisa spends her spare time stand-up paddle boarding and camping. She is a member of the Glenwillard United Methodist Church. And she truly enjoys helping others and animals anyway she can. 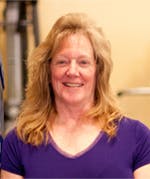 Susan has worked in the Healthcare field for 30 years. She has 2 daughters, 2 grandsons and a granddaughter. Susan likes to hunt, fish, ride quads and motorcycles and play sports. She enjoys family picnics and family trips.

Marilyn has worked for 23 years in the medical field, starting with Ohio Valley Harmarville in 1996 as a transcriptionist and front office. After that office closed in 2000 Marilyn went to Greater Pittsburgh Orthopeadics where she worked in all aspects of patient services for 18 years. Marilyn came to Jamie's in July 2018.

Jordyn began working at Jamie's Physical Therapy in July 2017. She is a Physical Therapy Aide. Jordyn was born and raised in Macedonia, Ohio. She relocated to Monaca after she married her husband Bobby Bourke, who is a beaver county native. She truly loves her job, patients, and loves being a part of Jamie's "family".